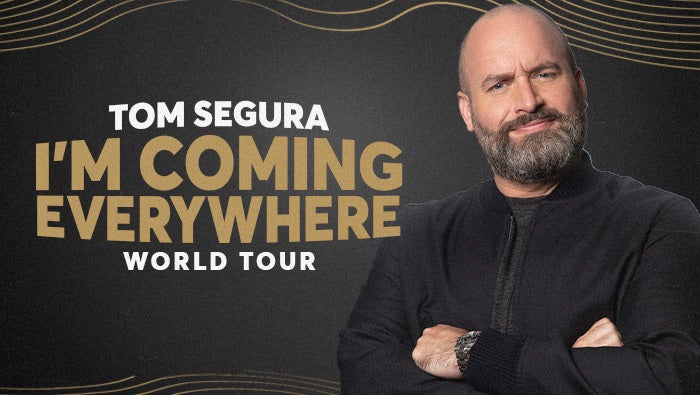 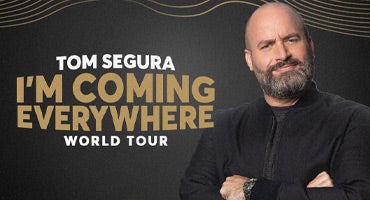 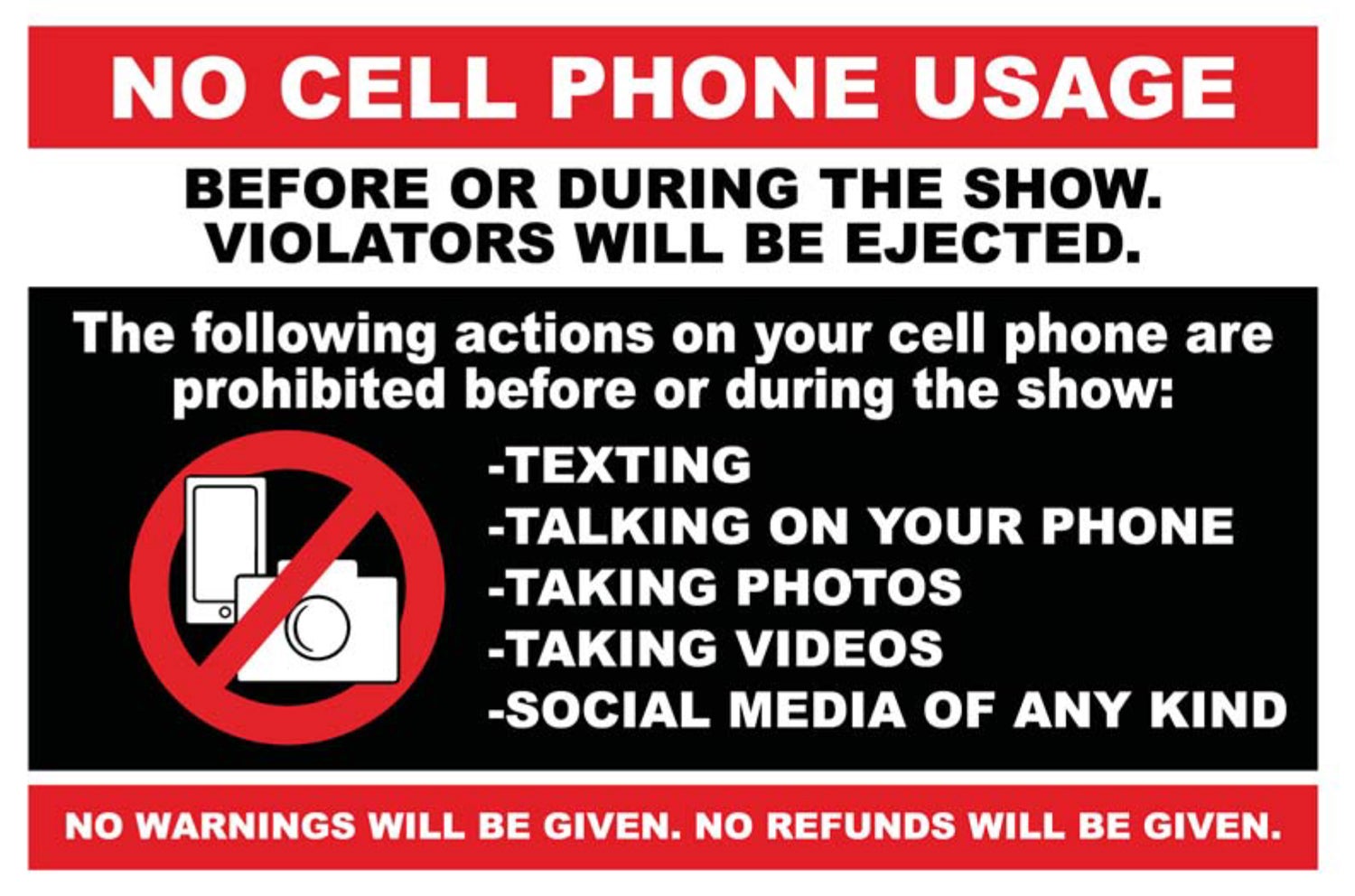 Proof of vaccination or a negative COVID test is not a requirement for entry to Tom Segura. Masks are encouraged for unvaccinated patrons. If these policies change, all ticketholders will be alerted via email. For more information on policies, including magnetometers, please review our Venues Policies & Procedures.

Actor/Comedian/Writer Tom Segura is one of the biggest names in the comedy business.  He recently performed to sold-out audiences on his 100+ city TAKE IT DOWN TOUR. He is best known for his Netflix specials, Ball Hog (2020), Disgraceful (2018), Mostly Stories (2016), and Completely Normal (2014). Paste Magazine described him as, "...having a natural and capable storytelling ability, one that lifts his narratives out of average anecdote fare and plants them firmly in hilarious ground." Your Mom's House Studios is home to his hit podcasts Your Mom's House which he co-hosts with his wife, comedian Christina Pazsitzky, 2 Bears 1 Cave which he co-hosts with Bert Kreischer, and many more. Additionally, YMH Studios was one of the first networks to create wildly successful Livestream Podcast Events as an outcome of the pandemic.

Segura can be seen in the STX FILM COUNTDOWN opposite Elizabeth Lail, INSTANT FAMILY opposite Mark Wahlberg and Rose Byrne, OPENING ACT, and FLINCH. Segura's television credits include The Late Show with Stephen Colbert, Conan, Workaholics, Happy Endings, The Late Late Show, Comedy Central Presents: Tom Segura, Mash Up, How To Be A Grown Up.

Segura has an increasing social media following (@seguratom on IG, @tomsegura on Twitter). When he isn’t performing on stage or recording a podcast he's watching College Football or waiting for College Football to come back.