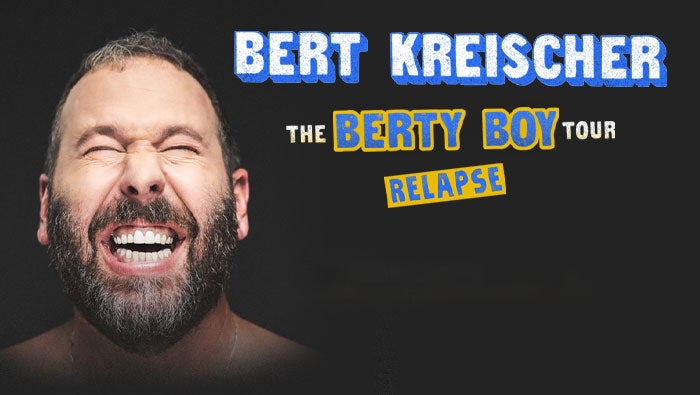 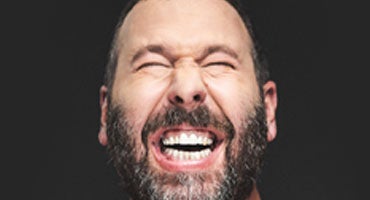 Proof of vaccination or a negative COVID test is not a requirement for entry to Bert Kreischer. Masks are encouraged for unvaccinated patrons. For more information on policies, including magnetometers, please review our Venues Policies & Procedures.

After filming Legendary Entertainment’s movie, The Machine, in Serbia earlier this year—an adaptation of the viral story Bert told onstage about getting involved with the Russian mob while studying abroad in college, Bert returned to his alma mater for a SOLD OUT show at Florida State University’s Donald L. Tucker Civic Center during homecoming weekend; a full-circle moment for the comedy superstar 24 years in the making.

Bert Kreischer is a stand-up comedian, actor, writer and host who performs to sellout crowds across the country. His most recent stand-up special “Hey Big Boy”, as well as “Secret Time” and “The Machine” are currently streaming globally on Netflix. Described as having a “rare and incredible talent” (Interrobang), Bert has evolved from being named Rolling Stone’s 1997 "Number One Partier in the Nation" to one of the top names in comedy. Between his four stand-up specials, his two podcasts: “Bertcast,” and “2 Bears 1 Cave,” his Netflix show: “The Cabin,” and his book Life of the Party: Stories of a Perpetual Man-Child (2014), Bert has succeeded in finding the elusive blend of “being a cringe comedian with real insight” (Interrobang).

Lauded as one of the best storytellers of his generation, Bert seamlessly and sincerely shares anecdotes about his family and fatherhood while showing his ability to prove “that there’s a way to take his [party-boy] antics into middle-age,” (Forbes). His infamous story about robbing a train with the Russian Mafia was optioned by Legendary (the studio behind The Hangover Series, Jurassic World, and Straight Outta Compton) and is currently in post-production. Bert also hosts, “The Go Big Show” on TBS, where he just wrapped season 2.

In 2020, Bert launched The Berty Boy Tour, where he did shows in even larger venues across the country, which was halted due to the pandemic. Bert then launched his Hot Summer Nights Tour, being the first comedian to tour drive-in movie theatres around the nation. He sold out every show and reached the number 1 spot on Pollstar ticket sales, receiving the Damn The Torpedoes: 2020-2021 Touring Artist award, “providing a chance for fans eager to experience live shows again” (Pollstar). In 2021, Bert was honored by Variety with the Creative Impact in Comedy award, to celebrate his continued success and impressive innovation, quoting his sincere nature that his “success isn’t a surprise…and he couldn’t be anything, but himself” (Variety). Kreischer recently launched The Berty Boy Relapse Tour picking back up from where he left his tour pre-pandemic. Kreischer also hosts The Go-Big Show on TBS Network, an extreme talent show with celebrity judges, set to premiere Season 2 in early 2022.