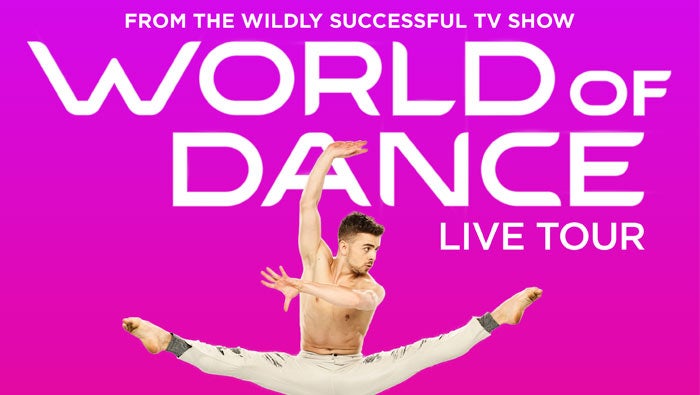 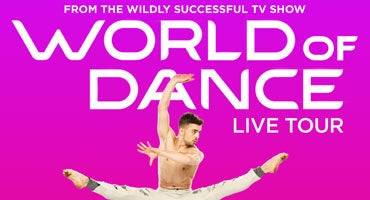 NBC’s summer smash hit series World of Dance has announced its second annual touring spectacular, The World of Dance Live Tour! This tour will be featuring the best dancers from across all genres incorporating both local and national talent, embarking on a multi-city tour that will bring the excitement and creativity straight from the television to your town. At the World of Dance Live Tour, the greatest dance innovators will thrill fans by featuring amazing dance skills and brilliance, while offering family friendly entertainment.

The World of Dance Live Tour is a live interpretation of the TV show “World of Dance”, NBC's hit dance competition series. The 16-episode series from Universal Television Alternative Studio and Nuyorican Productions will give dancers the platform to showcase their talents and the opportunity to receive a life-altering grand prize of $1 million. The show recently moved to a primetime slot – Wednesdays at 8pm – and its ratings continue to soar.

The World of Dance Live Tour offers breathtaking dance skills which represent the spirit of originality, expression, and dedication. The tour consists of engaging and interactive 90-minute dance showcases which include the hottest stars from the television show as well as dance icons from YouTube, along with ticket packages that include special talent meet and greets and autograph sessions. This tour brings “World of Dance” to life, attracting some of the most celebrated dancers and fans from across the globe, crossing boundaries, and bringing people of all ages and backgrounds together through the universal language of dance.

The first three extraordinary performers already announced for the Tour include Michael Dameski, Charity and Andres, and BDash and Konkrete, with more of the shows’ superstar talent to be announced shortly.

MICHAEL DAMESKI: Michael’s career hit a high in 2008 when he starred as Billy in the musical “Billy Elliot” on Broadway, and he later went on to win “So You Think You Can Dance” in Australia. He’s hoping “World of Dance” will be his next big break. When he was six years old, he entered his first dance competition “The 2001 Australian Dance Idol” Program, and without any formal dance training, placed in the top ten.

CHARITY AND ANDRES: This duo has been dancing together since they were eight years old as ballroom dance partners. Charity and Andres share more than just a love of dance- they come from parallel backgrounds, as their mothers both own dance studios less than 20 miles away from each other.

BDASH AND CONCRETE: These krumpers take a popular street style of dance and combine it with choreography to create a unique style that has never been seen before on the “World of Dance” stage.