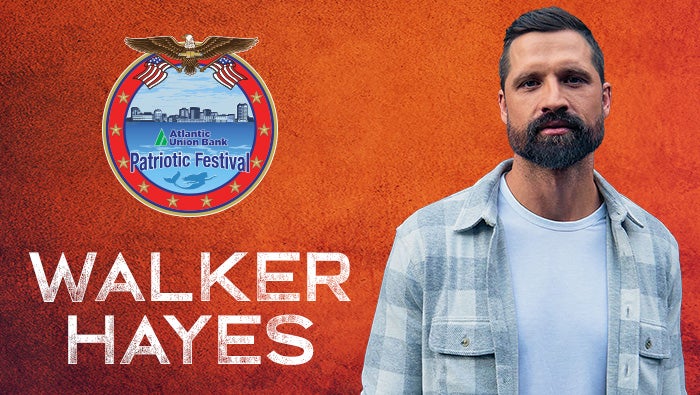 Monument Records recording artist and singer/songwriter Walker Hayes will kick off the 19th annual Patriotic Festival weekend on Friday, May 26. Originally from Mobile, Alabama, Hayes’ 2021 album Country Stuff The Album features new single “AA” and smash hit “Fancy Like.” The “Fancy Like” track went viral and has topped every sales and streaming chart since its release, spending a collective six months and counting at the No. 1 spot on the Billboard Country Songs Chart, and hitting the top 5 on Billboard’s Hot 100 Songs. The irresistible tune was certified RIAA 3X Platinum within a year of release, and the track gave Hayes his first GRAMMY Award nomination as an artist for Best Country Song.

Performing as a special guest on Friday, May 26, Corey Kent has been poised for a career in music from the beginning. Taking the stage at age 11 as the lead singer for a touring Western Swing band, Corey hit early career milestones opening for legendary acts like Roy Clark and The Oak Ridge Boys. In 2020, Corey released his From the West LP which garnered 3.5+ million aggregate streams and set the stage for his next chapter. His song “Gold” and fan favorite “Ain’t My Day” have nearly 15 million streams combined. In December 2021, Corey released his sophomore album, 21, to an overwhelmingly positive reception and landed on multiple playlists across streaming platforms with his single “There’s Always Next Year.” Both albums were released via Combustion Music. On March 4, 2022, Corey released his smash hit single “Wild As Her” and shortly after signed his deal with Sony Music Nashville and their RCA Nashville Imprint.