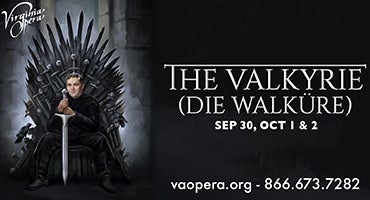 Immerse yourself in the drama as the saga of the Ring enters the mortal realm. Following the hit production of Das Rheingold last year, Virginia Opera continues the story with The Valkyrie! Adapted from the vivid landscape of Norse mythology (think Thor!), Valkyrie explores a hero’s destiny and a confrontation between gods that places human emotion at center stage. The journey of Wagner’s four-opera Ring cycle will continue, with Siegfried in 2023 and Twilight of the Gods in 2024.