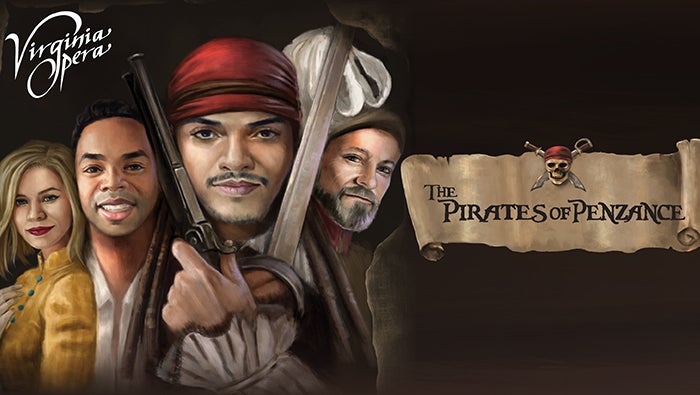 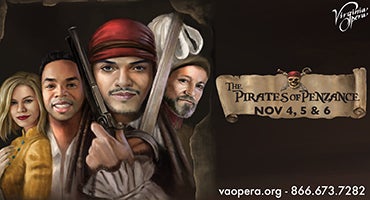 The Pirates of Penzance
Virginia Opera

by W.S. Gilbert and Arthur Sullivan

A young apprentice pirate with no stomach for a future of piracy is due to be released from his required service on his twenty-first birthday… Trouble is, fate might just intervene with the plan. With his newly found sweetheart, a long-winded but well-intentioned father, and a Pirate King boss with his own merry band of buccaneers, The Pirates of Penzance is a modern, major spectacle for the entire family.