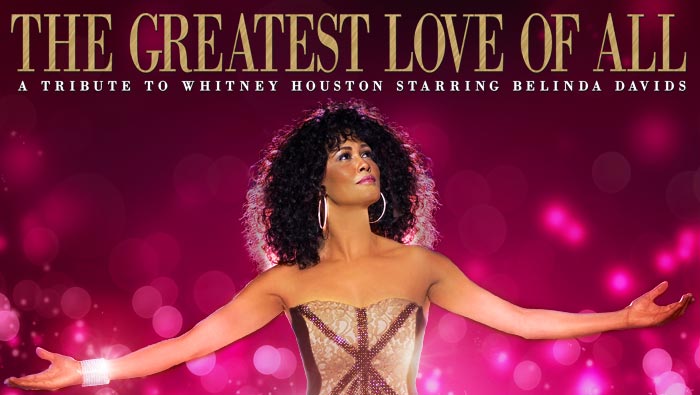 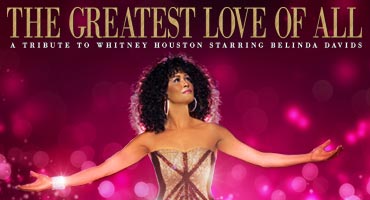 The Greatest Love of All: Starring Belinda Davids

A Tribute to Whitney Houston

Whitney’s musical legacy is brought to life in this critically acclaimed stage show described as “mind-blowingly spot on”.

Be stunned by the breathtaking vocals of Belinda Davids – a RiSA chart-topping artist in her home country of South Africa - who has performed alongside the likes of Keri Hilson, Keyshia Cole and Monica and featured on Fox TV’s ‘Showtime at the Apollo’ and BBC1 TV’s ‘Even Better Than the Real Thing’.

With the accompaniment of a live band, backing vocalists and choreographed dancers, plus state-of-the-art sound, lighting, vision and theatrical effects, this is a beautifully crafted tribute to one of the world’s most revered singers.

*Not associated with the Estate of Whitney Houston