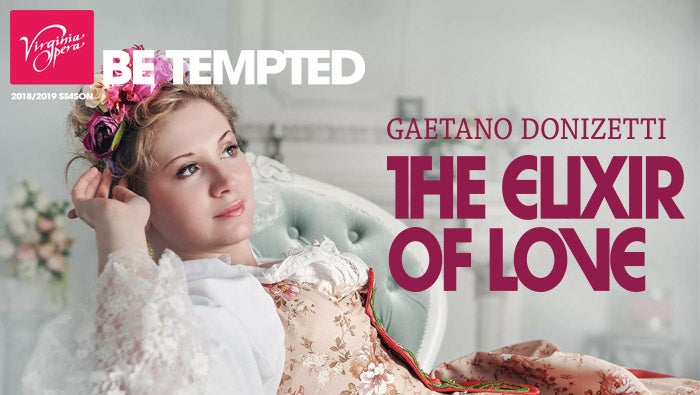 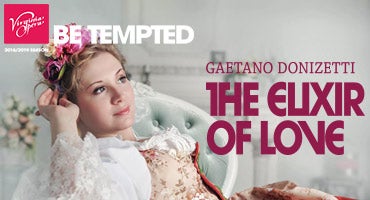 The Elixir of Love
Virginia Opera

Be Tempted by magic…

This comic opera is Donizetti’s most performed opera worldwide with sparkling effervescent tunes, emotional melodies and the quack medicine man selling his love potion. The characters develop before our very eyes in a most touching love story containing one of the most famous tenor arias of all time “Una furtiva lagrima.”