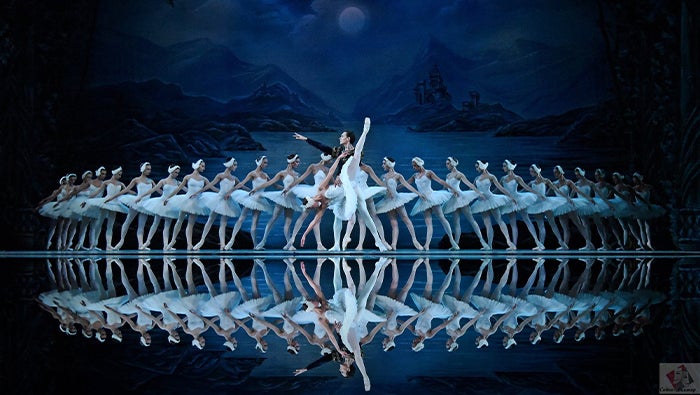 (Ballet in four acts with one intermission)

This full-scale production, set to the music of Pyotr Tchaikovsky and based on German legend, follows a heroic young prince as he works to free the beautiful swan maiden from an evil spell.

The Legendary National Ballet Theatre of Odessa with 55 talented and brightest Ukrainian ballet Stars to bring this romantic tale of true love to glorious life!

The National Ballet Theatre of Odessa, UKRAINE is situated within the building of the prestigious Opera and Ballet Theater, where the greatest divas of Classical Ballet performed on stage, from Anna Pavlova to Galina Ulanova and Maya Plisetskaya.

The Odessa Ballet is recognized as one of the most prestigious institutions of classical Ukrainian  ballet and can boast an extremely varied repertoire, carrying the honor and the task to preserve the precious heritage of the great Ukrainian ballets.

A part of the Company’s repertoire has always been the great masterpieces of classic ballet, from “Sylphide” by Bournonville, to “Giselle” by Adam, “Don Quixote” and “La Bayadere” by Minkus, „The Sleeping Beauty”, „The Nutcracker” and „Swan Lake” by Tchaikovsky, to the various twentieth century ballets by Prokofiev, Stravinsky, Falla and Shchedrin.

The Ballet company consists of the best performers, graduates of prestigious Ukrainian choreography schools. Many talented artists have danced with the National Ballet Theatre of Odessa, UKRAINE company in its different periods and many of them have been soloists in major international companies.

Over the years, due to the many tours all over the globe, the National Ballet Theatre of Odessa, UKRAINE has earned its first-class international reputation.