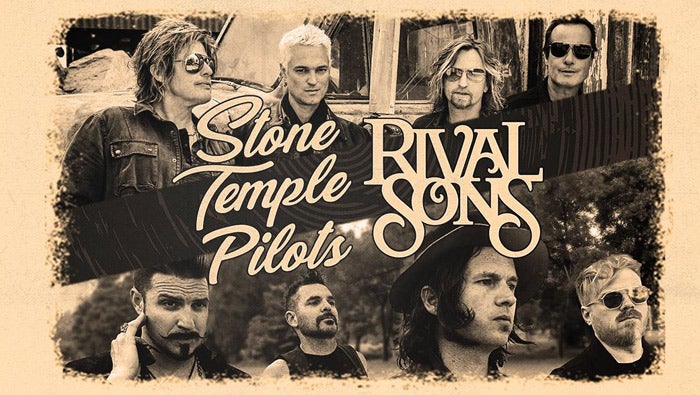 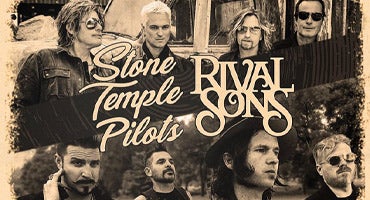 Two indelible forces of rock – Stone Temple Pilots and Rival Sons – will embark on their first ever co-headlining U.S. tour this fall. Produced by Live Nation, the exclusive 13-city outing will kick off September 13th in Baltimore and see the two bands performing on intimate stages across the states.

Dean DeLeo of STP says, “We are thrilled about this tour and grateful to share these upcoming shows with Rival Sons. A great band! They don’t make them like this anymore. Looking forward to seeing all of you!”

The tour will include full sets from each band bringing an unforgettable show fans would only expect from two of the best live bands in music today. “We’re delighted to share the stage with the DeLeo brothers and STP! Not to mention performing together in some really great venues,” says Scott Holiday of Rival Sons. “These guys wrote some of the soundtrack to my childhood...and it’ll be killer to watch and listen to ‘em hit these gems every night!”

About Stone Temple Pilots
With over 70 million albums sold, Stone Temple Pilots roared on to the scene in 1992 with their raucous debut, Core. A breakout success, the album peaked #3 on the Billboard 200 chart, and dominated radio waves with hits like "Sex Type Thing," "Wicked Garden," and the Grammy-Award winning smash single, "Plush." STP quickly distinguished themselves as a band beholden to no trend. Boasting the inimitable riffs of guitarist Dean DeLeo, the propulsive rhythm section of bassist Robert DeLeo and drummer Eric Kretz, and the charismatic baritone of frontman Scott Weiland, STP ruled airways, video playlists and charts alike over their legendary career. The band released their seventh studio album, Stone Temple Pilots (2018), their first with new lead singer, Jeff Gutt. The debut single “Meadow” from the self-titled album, channels the gritty guitars and swaggering rhythms that STP is known for, and reached top 5 at rock radio. All Music Guide states, "They haven't lost their knack for hook-heavy hard rock that wedges its way into the subconscious."

About Rival Sons
Rival Sons – Jay Buchanan (vocals), Scott Holiday (guitar), Dave Beste (bass guitar), and Mike Miley (drums) – are currently celebrating the recent release of their acclaimed Low Country Sound / Atlantic Records debut LP, FERAL ROOTS. Produced by GRAMMY Award-winner Dave Cobb at Nashville’s famed RCA Studio A, and the equally legendary Muscle Shoals Sound Studio in Muscle Shoals, AL, FERAL ROOTS features the #1 Rock Radio hit “Do Your Worst.” The track was hailed by Rolling Stone as “a relentless rocker with a gritty verse spearheaded by a sinister lead guitar riff and thumping drums. The track takes a deft turn when it hits the chorus, forgoing out-and-out guitar bombast for rousing gang vocals with singer Jay Buchanan leading the charge.” “In all its mood and style, FERAL ROOTS exudes a delicious instrumental blend of rock,” declared Consequence of Sound, while Glide Magazine affirmed, “Rival Sons clearly brought their A game with (FERAL)ROOTS,” adding Rival Sons are “an obvious choice as a challenger for today’s greatest rock and roll band.” The primal intensity of FERAL ROOTS reflects a certain unrest at the heart of the album, pushing beyond pure survival instinct with hope for something more exalted: to reclaim a long-diluted genre with a galvanizing return to form. FERAL ROOTS is available now via Low Country Sound/Atlantic Records.