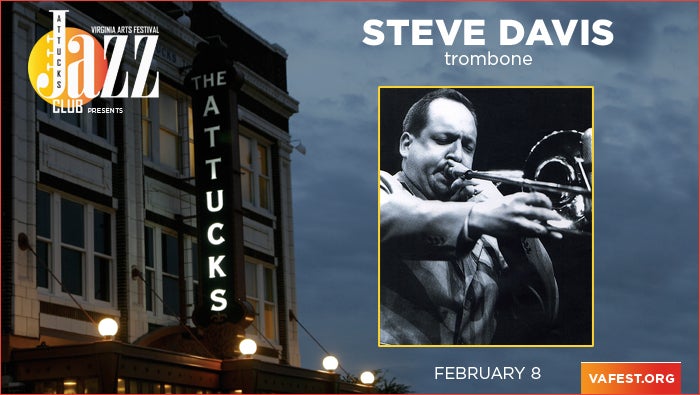 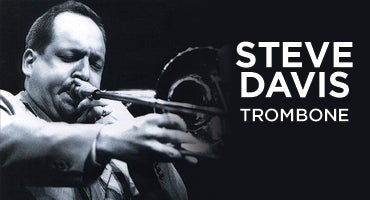 Widely regarded as one of today’s leading voices on the trombone, Steve Davis has a lyrical, hard-swinging style that first gained him broad recognition. Born in Worcester, Massachusetts, Davis was raised in Binghamton, New York and graduated in 1989 from Hartt School’s Jackie McLean Institute. It was with McLean’s guidance and recommendation that Davis landed his ﬁrst major performance with Art Blakey in NYC. In 1998 Steve won the TDWR (Rising Star) Trombone Category and was later named as Trombonist of the Year by The JJA. Steve has released Twenty albums including: Think Ahead (2017), Say When (2015), For Real & Gettin’ It Done (2014). He has performed on over 100 recordings with names including Chick Corea, Freddie Hubbard, Horace Silver, Cedar Walton, and Hank Jones.  In 2018 his original composition “Optimism” was included in Christian McBride’s Grammy Award winning album Bringin’ It.

Steve performs internationally with Dizzy Gillespie’s All-Stars and he’s appeared with Stevie Wonder on “The Tonight Show with Jimmy Fallon.”  He participated in the White House Tribute to Ray Charles which aired on PBS and on records with the collective unit One For All including Eric Alexander, Jim Rotondi, David Hazeltine, John Webber and Joe Farnsworth.