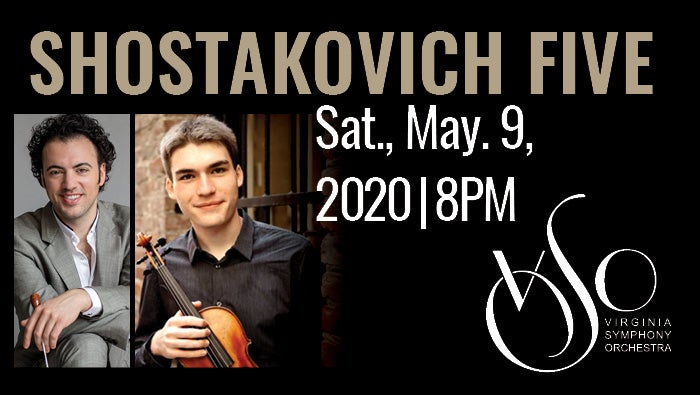 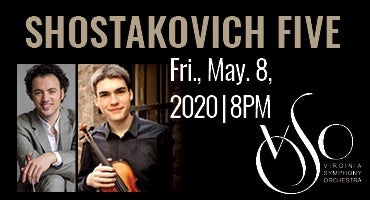 In light of Governor Northam's stay at home order, Shostakovich Five, scheduled to take place on May 8 at Chrysler Hall, has been postponed. A new performance date will be announced shortly.

Hailed by The New York Times as “an interpretive dynamo,” conductor Eric Jacobsen returns to the VSO in the new season to lead one of the 20th Century’s tour de force masterpieces – Shostakovich’s Symphony No. 5. Jacobsen has built a reputation for engaging audiences with his innovative and collaborative programming, and in addition to the Shostakovich, Jacobsen will conduct the beautiful Prokofiev Violin Concerto No. 2, with violinist Alexi Kenney, a recipient of a 2016 Avery Fisher Career Grant. Kenney has been named "a talent to watch" by The New York Times, which also noted his "architect's eye for structure and space and a tone that ranges from the achingly fragile to full-bodied robustness.”