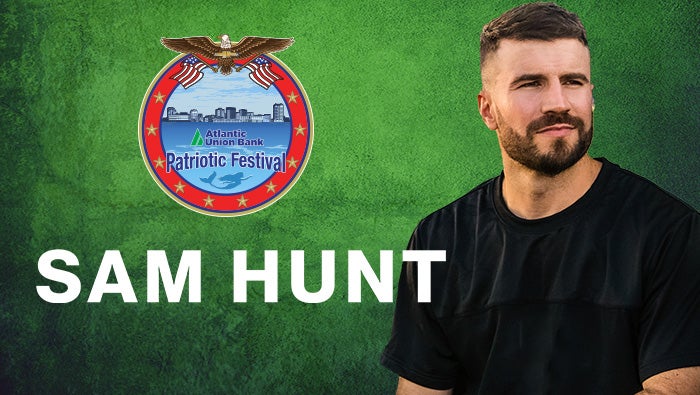 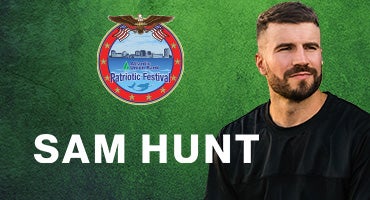 Sam Hunt continues the weekend’s festivities when he takes the Scope Arena stage on Saturday, May 27. His debut studio album, Montevallo, was released in October 2014 and by November, the album had debuted at number one on the Top Country Albums chart and number three on the US Billboard 200. Hunt’s most recent album, Southside, features the hit  “Body Like a Back Road,” which has gone on to become his biggest hit. Hunt’s work has garnered several awards including the Academy of Country Music Awards (Single Record of the Year), American Music Awards (New Artist of The Year), and Country Music Awards (Songwriter-artist of the Year), as well as numerous Grammy, Billboard, and People's Choice Awards nominations.

A special guest for the Saturday, May 27 concert, Jordan Davis first broke through with his 2018 Gold-certified debut album, Home State, and three consecutive No. 1s-including the Platinum-Certified hits “Slow Dance In A Parking Lot,” “Take It From Me,” and the Double Platinum-Certified “Singles You Up.” Named Billboard’s Top New Country Artist of 2018 and Best New Country Artist at the iHeart Radio Music Awards, Davis continued to earn accolades and has garnered more than 2 billion streams and counting. Most recently, Davis wrote and released his 8-song EP Buy Dirt, whose title track became one of the Top streamed country songs of all time and earned the singer/songwriter 4 ACM nominations, including Song of the Year, as well as a CMA nomination for Musical Event of the Year.