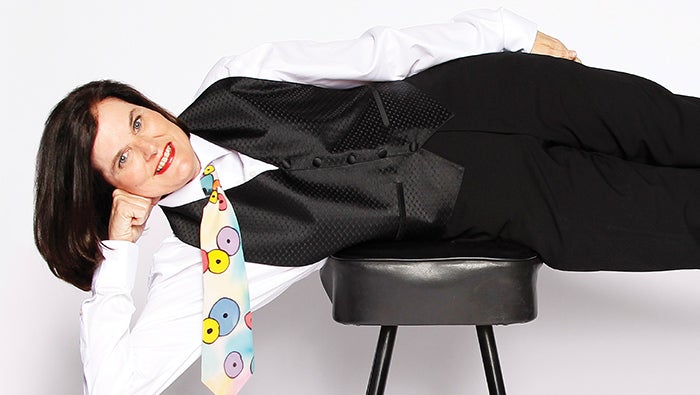 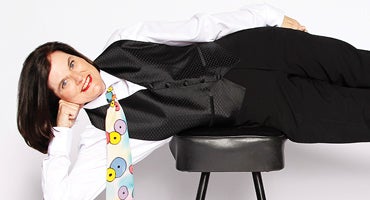 “Paula Poundstone is the funniest human being I have ever known. Everything she does, thinks or says is hilarious. If you chopped her into bits, each piece would be hilarious. (But don’t.) – Peter Sagal, host, “Wait Wait…Don’t Tell Me!”

On Saturday, April 29th​ award-winning comedian Paula Poundstone will be performing at the Attucks Theatre in Norfolk, VA​. ​"​I'm bringing yucks to the Attucks,” says Poundstone.

Paula Poundstone is considered one of the most original comedians working today. Legendary for her razor-sharp wit and wry, intelligent humor, she is a master at spontaneous interaction with a crowd.

One of Comedy Central’s Top 100 Comics of All Time, Poundstone is a popular panelist on NPR’s weekly comedy news quiz Wait, Wait…Don’t Tell Me! Her second book, The Totally Unscientific Study of the Search for Human Happiness (Algonquin Books) debuts on May 9, 2017 and is available for preorder. Poundstone’s new CD, North By Northwest: Paula Poundstone Live! (HighBridge), her first double-live, landed atop both Amazon’s “Hot New Releases Non Fiction” and “Comedy CD” lists, along with Billboard’s “Top Ten Comedy Albums” chart.

Poundstone was the first woman ever, in its then 73rd year, to host the White House Correspondents’ Dinner, she has had numerous HBO specials, starred in her own series on HBO and ABC, and has won an American Comedy Award for Best Female Stand-Up.

The talented comedian is known for never doing the same show twice. Audiences often span three generations. And much of the material depends on that night’s crowd. Poundstone can hold court on stage for over 2 hours. “That’s because I can’t shut up,” she says. “I love my job, but even if the audience wasn’t there I’d still be doing it.” Paula will put this unique talent to more good use May 15, 2017 when her Podcast, Live from the Paula Poundstone Institute! begins airing weekly.