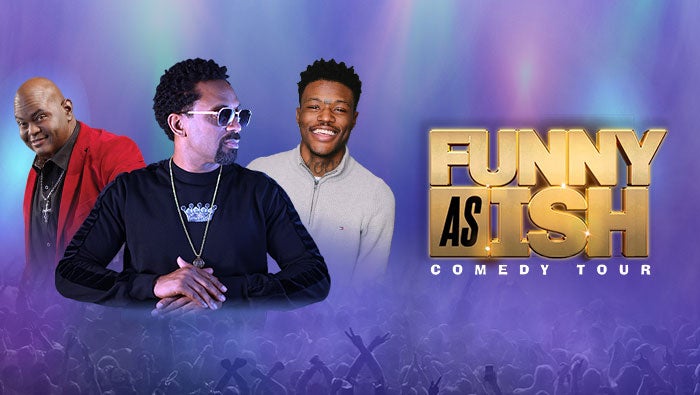 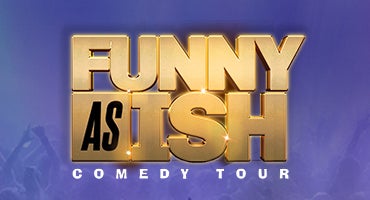 Comedian and actor Mike Epps brings the “Funny as ish Comedy Tour” to Chrysler Hall on March 16 at 7pm AND 10PM! Accompanying Epps is DC Young Fly and Lavell Crawford.

Epps is generating an extraordinary amount of buzz among his peers for being not only one of the funniest comic actors in town, but also for his burgeoning dramatic talent. He recently wrapped the Amazon feature “Troup Zero” starring opposite Viola Davis, Allison Janney, and Jim Gaffigan, and a Netflix comedy “Dolemite Is My Name” starring opposite Eddie Murphy. Epps can next be seen in the comedy “The Trap,” co-starring Tip “T.I.” Harris and produced by Epps under his NapTown productions along with Queen Latifah, Shakim Compere.

Epps will be joined on stage by some of the biggest names in comedy. A comedian, actor, social media influencer, musician and podcast host, DC Young Fly has proven that innate comedic ability, abundant creativity, and a passion for generating laughter in others can be translated across multiple mediums. Originally having picked up traction for his hilarious videos on Vine, DC is a hands down fan-favorite amongst today’s generation, currently holding an overall deal with MTV/VH1. He is a veteran cast member of Nick Cannon’s “Wild ’N Out”, which is entering production for its 13th season, and has brought the humor to MTV’s “Total Request Live” as one of its main hosts. Comedian Lavell Crawford, who is quickly climbing the comedic ranks and becoming one of the hottest stars in the biz today. TV and Film credits includes “Workaholics,” “Breaking Bad,” “Last Comic Standing,” “Baby’s Mama Drama,” “Beverlyhood” and more.

ABOUT MIKE EPPS:
Mike Epps has generated an extraordinary amount of buzz among his peers within the entertainment industry for being one of the funniest comic actors to emerge in the Hollywood scene. Since 2000, Epps steadily climbed his way up the stand-up comedy ranks when he was recognized by a national audience in 1995 for appearing on HBO’s Def Comedy Jam (which, years later, he would go on to host). During a performance at LA’s Comedy Store, Epps caught the attention of Ice Cube. This led to the first of three feature films they would do together: the cult hits “Next Friday,” "Friday after Next," and “All About the Benjamins.” Other features include the Hangover franchise, “Girls Trip” “Faster,” “Hancock,” “Lottery Ticket,” “Next Day Air,” “Roll Bounce,” “The Fighting Temptations”, the Resident Evil franchise, “Bait”, “How High,” “Dr. Dolittle 2”, "Talk to Me", and "Guess Who?"

ABOUT DC YOUNG FLY:
DC Young Fly’s expansive work in the comedy, acting, and digital spheres have made him a standout as an entertainment multi-hyphenate. A comedian, actor, social media influencer, musician and podcast host, DC has proven that innate comedic ability, abundant creativity, and a passion for generating laughter in others can be translated across multiple mediums. Originally having picked up traction for his hilarious videos on Vine, DC is a hands down fan-favorite amongst today’s generation, currently holding an overall deal with MTV/VH1. He is a veteran cast member of Nick Cannon’s “WILD ’N OUT,” which is entering production for its 13th season, and has brought the humor to MTV’s “TRL,” (Total Request Live reboot) as one of its main hosts. On the acting front, his credits include BET’s “THE NEW EDITION STORY,” and Will Packer’s “ALMOST CHRISTMAS,” in which he plays ‘Eric’ alongside Mo’Nique, J.B. Smoove, and Gabrielle Union. DC also recently played ‘Jaymo' in Jerrod Carmichael’s new multicam comedy series for FOX, REL. He can next be seen in the Lionsgate Feature Film, “TWO MINUTES OF FAME,” Nick Cannon’s “SHE BALL,” and Master P’s upcoming Independent Feature, “I GOT THE HOOK UP 2.” DC has also made several unscripted guest appearances on projects including BET’s gameshow, “BLACK CARD REVOKED,” and VH1’s “HIP HOP SQUARES,” where his natural comedic timing and energy played well with sold out live audiences. As a creator, DC’s original online comedy videos have garnered him a huge following, including over 6.8 million Instagram followers; 1.2 million Facebook fans; 220k Twitter followers, and 20 million views on YouTube. Always a fan of live performances, he tours the country both as a headliner for sold out shows in the stand-up space and as a host of the hilarious “85 SOUTH SHOW” podcast.

ABOUT LAVELL CRAWFORD:
Comedian, Lavell Crawford is quickly climbing the comedic ranks and becoming one of the hottest stars in the biz today. He filmed a new one-hour special in his home town of St. Louis, “Can A Brother Get Some Love?,” and is on DVD from Entertainment One. In addition, he filmed an episode of “Workaholics” for Comedy Central and he’s been casted in a recurring role on the AMC’s Emmy Award winning “Breaking Bad.” If that’s not enough, he was also seen as a regular panelist on E! Entertainment’s “Chelsea Lately” and a regular on “Lopez Tonight,” performing in various comedy sketches on the show. From his numerous television appearances and as one of the hottest touring acts in the country, audiences are becoming increasingly familiar with Lavell’s giant-sized talent. Lavell gained huge national exposure on NBC’s hit reality series “Last Comic Standing.” Not only did NBC take notice, promptly signing Lavell to a holding deal with the network, but also Comedy Central, offering him his own half-hour standup special, “Comedy Central Presents: Lavell Crawford." Lavell’s stand-out work includes appearances on "Shaquille O'Neal Presents: All Star Comedy Jam" which premiered on Showtime in December, “Russell Simmons’ Def Comedy Jam” on HBO, “Showtime at the Apollo,” “Martin Lawrence Presents 1st Amendment,” “Comic’s Unleashed with Byron Allen,” “Steve Harvey’s Big Time” “Comedy Central’s Premium Blend,” “Motown Live” and “BET’s Comic View.” In addition, Lavell has appeared in the films “Baby’s Mama Drama,” “Beverlyhood,” “Ghetto South Problems,” and on the televised series “The Jamie Foxx Show.” On stage, he played Ben in the hit play “Men Cry in the Dark,” based on the Michael Baisden best seller. Lavell also recently appeared on stage with the critically acclaimed production “Friends and Lovers,” a stage production based on the novel by author Eric Jerome Dickey where he played the scene-stealing Bobby. The play also featured notable actors such as Miguel Nunez (“Juwana Man”), Leon (“The Five Heartbeats”), Monica Calhoun (“The Best Man”), Mel Jackson (“Soul Food”) and Maia Campbell (“In the House”). Endeared by audiences far and wide, Lavell has built a very strong fan base playing theatres, comedy clubs and colleges across the nation in addition to festivals including HBO's US Comedy Arts Festival, The Comedy Festival and LAFFAPALOOZA, America's longest-running annual urban comedy festival.