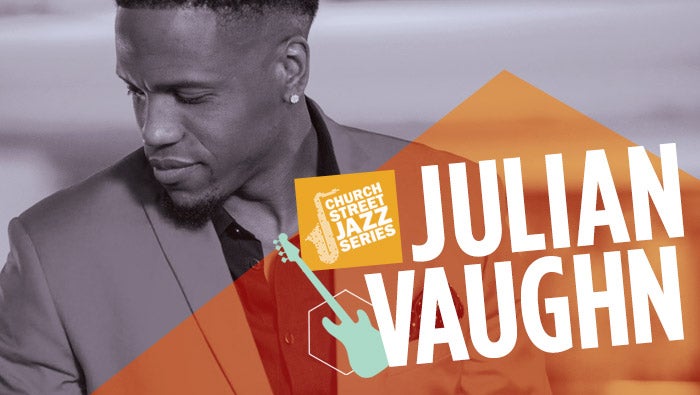 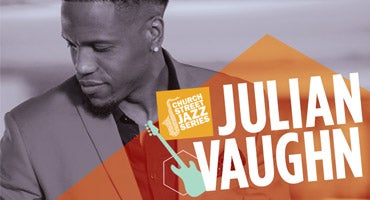 A dynamic lead-bassist hailing from Kansas City, Julian Vaughn is rapidly becoming a major player in the contemporary jazz genre. Vaughn’s unique brand of funk and finesse stands out in the world of smooth jazz, a genre typically dominated by saxophonists.

Vaughn grew up playing music in the church, beginning with the drums. But, Vaughn said, “Trying to play the drums at church was like ten football players going after a fumble. Everyone wanted to play.” So, at 15, Vaughn picked up a bass guitar. It was love at first sight. Vaughn played by ear, and quickly learned songs and other special techniques. At 19, Vaughn’s grandfather bought him a 6-string bass guitar, black with gold trim. From there, Vaughn discovered the art of bass soloing and his music went from a hobby to his life’s passion.

Julian Vaughn has toured all over the U.S. and abroad, playing jazz festivals across America and in places like Dubai, Nairobi, Italy, and Germany. He debuted on the scene in 2010 with his album titled “The Purpose Project.” Vaughn has had two number ones on the Billboard Smooth Jazz Chart. His hits include “On Your Feet,” “Ride Along,” and his current single “Bona Fide”—the title cut on his upcoming album.

Blue Pyramid Productions is proud to have bassist Julian Vaughn headlining the 1st performance in the 4th Season of the Church Street Jazz Series at The Attucks Theatre in Downtown Norfolk.