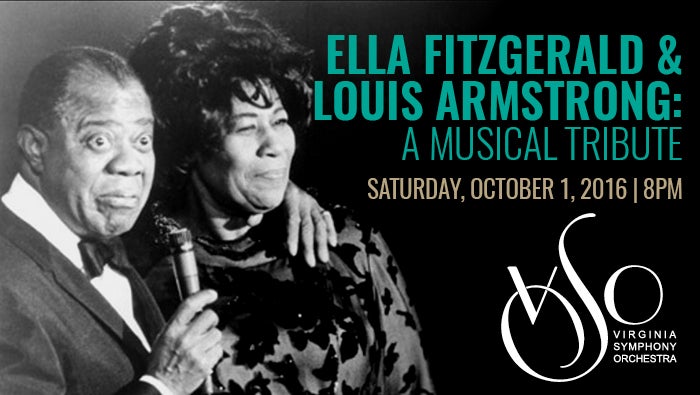 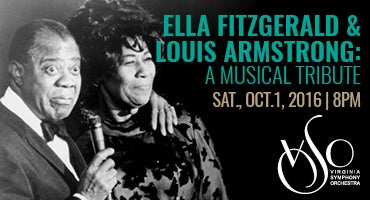 What a Wonderful World. It’s Too Marvelous for Words. Somehow Louis Armstrong and Ella Fitzgerald were able to show the world how wonderful and marvelous it really is with their songs that since have become timeless jazz standards. Fitzgerald, born in Newport News in 1917, was the most popular female jazz singer in the United States for nearly half a century, selling more than 40 million albums and receiving 13 Grammy awards. Armstrong, born in New Orleans in 1901, was an inventive and pioneering jazz trumpet and cornet player. Together, their music changed the course of American music history. Join the VSO in a musical celebration of these jazz icons.