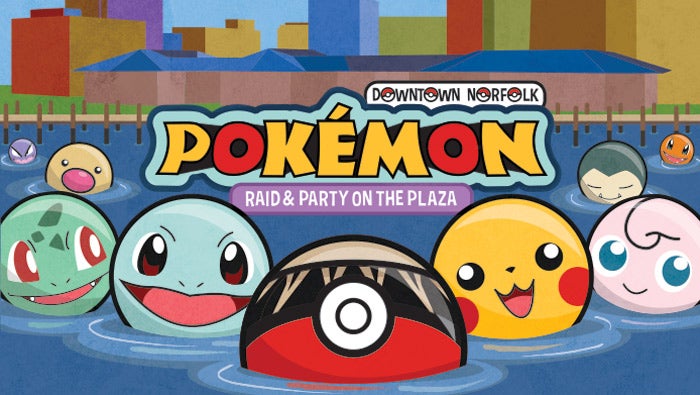 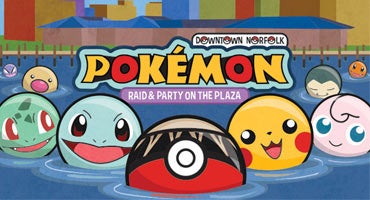 Downtown Norfolk Pokémon Raid
and Party on the Plaza!

Calling all Pokémon Trainers! Catch the rarest of Pokémon during the Downtown Norfolk Pokémon Raid and Party on the Plaza scheduled to take place in downtown Norfolk on Wednesday, August 3 from 5:30 p.m. to 8:30 p.m. The raid will begin at Town Point Park’s main stage, where trainers will check in to collect a SevenVenues Pokémon Raid map. The route will take trainers through some of downtown Norfolk’s best Pokéstops and Gyms, as well as some important landmarks, such as the USS Wisconsin, Nauticus and the Pagoda, where participants will have the opportunity to take selfies, scavenger hunt-style, for a chance to win some great prizes! The route ends at the Scope Arena plaza where participants will be greeted by Pikachu and his friends!

The Scope Arena plaza will be buzzing with activities featuring Hot 100.5, games, contests, prizes, food trucks and more. Participants are encouraged to come dressed as their favorite Pokémon character. A grand prize will be awarded to the best-dressed trainer. Don’t miss your chance to win some great prizes and meet some of your fellow Pokémon fans!

SevenVenues staff will be on site at Town Point Park and the Scope Arena plaza to assist with any questions.

About Pokémon Go:
Pokémon Go is a free-to-play mobile app that can be downloaded for iOS or Android.  The location-based mobile game uses virtual reality and real-world locations to send players on a quest to catch virtual creatures called Pokémon. Once captured, players can use their smart phones to battle and train their Pokémon.