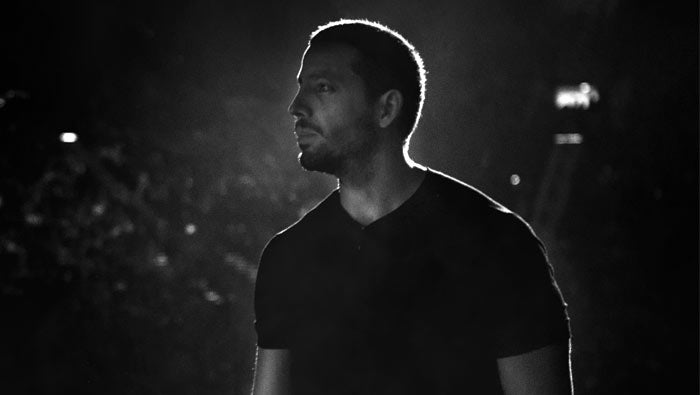 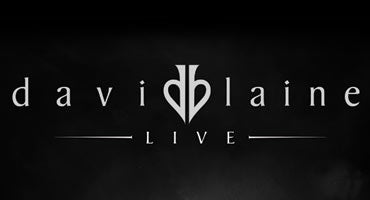 A NEW ERA OF MAGIC
“David Blaine is the greatest magician who ever lived.” Howard Stern made that on-air proclamation, a sentiment echoed by Penn Jillette of Penn and Teller, who referred to Blaine’s Street Magic as “the best TV magic special ever done.” Blaine was just twenty- three when Street Magic first aired on ABC, transforming televised magic by turning the camera on the audience. Spectators at home could feel the visceral reaction of people being astonished. The New York Times went on to declare that Blaine had “taken a craft that’s been around for hundreds of years and done something unique and fresh with it,” while The New Yorker prominently stated “he saved magic.”

LIVE STUNTS
“Buried Alive,” Blaine’s first live stunt, was a feat even Houdini was unable to do in his lifetime. Entombed in an underground plastic box beneath a three ton water tank for seven days with no food and little water, Blaine would draw strength from the 75,000 visitors who came to the event beside the Hudson River, topping foot traffic at both the Empire State Building and Statue of Liberty combined. Upon emerging Blaine remarked, “I saw a vision of every race, religion, and age group banding together.”

TOPPING HIMSELF
Blaine’s stunts continued to defy the boundaries of human endurance, each one becoming more death-defying than the last. For “Frozen In Time,” Blaine encased himself in large block of ice in Times Square. When he was cut free with chainsaws after nearly 64 hours, The New York Times reported, “The magician who emerged from the increasingly unstable ice box seemed a shadow of the confident, robust, shirtless fellow who entered two days before.” Yet the stunt was a ratings bonanza for ABC, helping the network to win its sweeps that year. Next Blaine upped the ante even further with “Vertigo,” standing atop a 100 foot tall pillar in Bryant Park for 36 hours without a safety net, then leaping into a stack of cardboard boxes on live television.

THE WORLD OF SCIENCE TAKES NOTICE
“Above The Below” put Blaine on the center of the world stage, capturing the attention of a nation for 44 days in Great Britain, with no food inside a transparent box above the River Thames. The New England Journal of Medicine published a paper that documented his fast which resulted in the loss of 25% of his body weight. For “Drowned Alive,” Blaine spent one week submerged in a sphere-shaped aquarium at Lincoln Center. His name became the most widely searched on Google, and Yale University studied him to determine the human physiological reaction to prolonged submersion. Blaine went on to break a Guinness record for breath holding, live on The Oprah Winfrey Show where he held his breath for over 17 minutes. “Electrified,” Blaine’s last stunt to date, put him on the receiving end of one million volts discharged at him continuously for 72 hours from seven Tesla coils.

THE NEXT CHAPTER
In addition to the many millions who have seen him on television, Blaine has also performed live for audiences of over 20,000 in arenas around the world. He has performed intimately for every sitting American president including Barack Obama, Bill Clinton and George W. Bush, as well as a number of international leaders and prominent figures such as Henry Kissinger, Michael Bloomberg, Stephen Hawking, Muhammad Ali, among others. His TED talk became one of Bill Gates’ personal favorites, and is widely considered the most revealing testimony Blaine has ever given on the topic of his remarkable career.