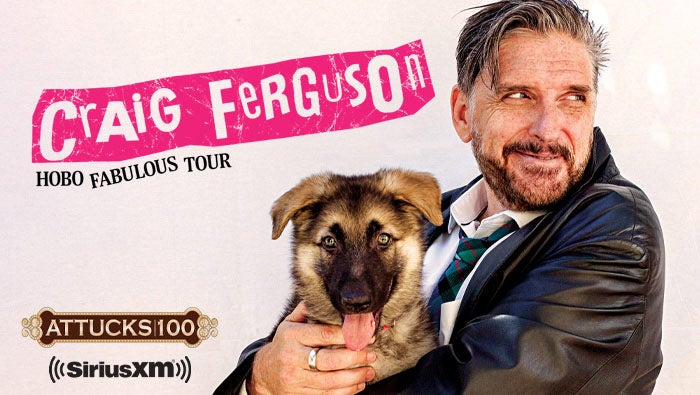 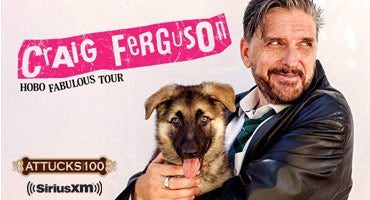 Craig Ferguson is an Emmy Award-winning actor, writer and comedian with a diverse career that encompasses film, television and the stage. Last February, Ferguson returned to the big screen as his reprised character ‘Gobber’ in the third installment in the animated feature “How to Train Your Dragon: The Hidden World.” Ferguson released his third book, Riding the Elephant: A Memoir of Altercations, Humiliations, Hallucinations, and Observations, in May 2019 with Blue Rider Press, an imprint of Penguin Random House. In Summer of 2018, Ferguson completed filming the feature film “Love Me to Death” in his native Scotland alongside Kathie Lee Gifford, who wrote the film.

As the host of “Celebrity Name Game,” Ferguson was awarded the Daytime Emmy for Outstanding Game Show Host two years in a row and was nominated for a third. Recently, Ferguson concluded his wildly popular daily SiriusXM program “The Craig Ferguson Show.” In September 2018, Ferguson embarked on his North American comedy tour “Hobo Fabulous” offering audience members an exclusive one night only show that would not be recorded, which will continue through the end of 2019. In 2014, Ferguson concluded his ten-year run as the host of CBS’ “The Late Late Show with Craig Ferguson,” which had set all-time viewer records and earned him a Primetime Emmy nomination and the 2009 Peabody Award for Excellence in Broadcasting for his interview with Archbishop Desmond Tutu.

Born in Glasgow, Scotland, Ferguson got his start in the entertainment industry as a drummer for some of the worst punk bands in the U.K. Following his musical stint, he began bartending in a local pub in Glasgow where he was introduced to Michael Boyd, the artistic director of The Tron Theatre in Glasgow, who persuaded Ferguson to try acting. After several low paying acting gigs, Ferguson discovered he had a knack for comedy and was soon the star of his own BBC television show, “The Ferguson Theory.” After several stints on the English comedy circuit, Ferguson brought his act to America in 1995 to star with Betty White and Marie Osmond in the short-lived ABC comedy, “Maybe This Time.” After the show ended, ABC decided to add the talented Scotsman to “The Drew Carey Show,” playing Drew Carey's boss, ‘Nigel Wick,’ from 1996-2003. In 2016, Ferguson debuted his original History Channel show, “Join or Die,” which featured him and his celebrity friends debating provocative topics with history experts.

Ferguson has written the feature films “The Big Tease” and “Saving Grace”. In 2003, he made his directorial debut with “I'll Be There,” which he also wrote and starred in. “I'll Be There” went on to receive the Audience Award for Best Film at the Aspen, Dallas, and Valencia film festivals. Craig was also named "best new director" at the Napa Valley Film Festival. Ferguson’s other film credits include, “Niagra Motel,” “Lenny the Wonder Dog,” “Prendimi l’anima,” “Life Without Dick,” “Chain of Fools” and “Born Romantic.” In 2011, Ferguson portrayed ‘Owl’ in the Disney classic “Winnie the Pooh,” and in 2012 he portrayed ‘Lord Macintosh’ in Disney’s animated feature “Brave.”

Ferguson has achieved notable success on the North American comedy circuit and has performed to sold-out theaters all across the country, including Carnegie Hall and Radio City Music Hall. He has five widely acclaimed stand-up comedy specials: “A Wee Bit O’ Revolution” which premiere in 2009 on Comedy Central; “Does This Need to Be Said” in 2011 on EPIX and Comedy Central; “I’m Here to Help” in 2013 on Netflix, which earned him a Grammy nomination for Best Comedy Album; “Just Being Honest” in 2015 on EPIX, which earned him a second Grammy nomination for Best Comedy Album; and “Tickle Fight” in 2017 on Netflix.

In 2006, Ferguson debuted his first novel entitled Between the Bridge and the River, which made it onto the bestseller list.  In 2008, Ferguson succeeded in becoming a US Citizen, mentioning that this is his home after thirteen years and “my heart is here.” Soon after, Craig had landed himself the biggest date of all; a date with President Bush hosting the White House Correspondence Dinner. Critics raved of his witty and comical deliverance speech to the 3,000 attendees who included political journalists, celebrities, and Washington’s power players. In 2009, Harper Collins published Ferguson’s memoir American on Purpose - a book about why and how late night funnyman Craig Ferguson became an American. The book was listed on the New York Times bestseller list. It was also nominated for a Grammy Award for Best Spoken Word.