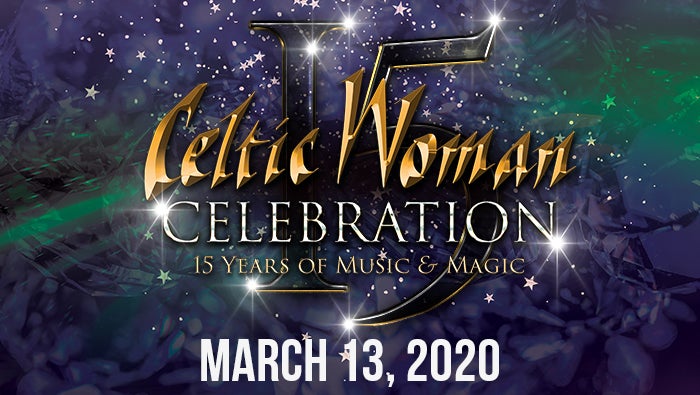 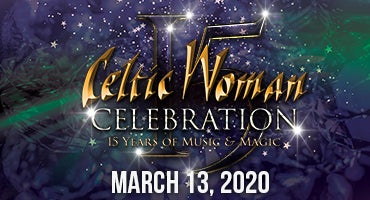 Celebration – The 15th Anniversary Tour is a collection of their favorite songs that have made them the most successful all-female group in Irish history with one billion online streams, over four million tickets sold, 12 consecutive Billboard number ones, and 10 million albums sold.

The four fantastic CELTIC WOMAN soloists – Tara McNeill on fiddle and Irish harp who weaves her magic around the spine-tingling voices of Mairéad Carlin, Éabha McMahon and Megan Walsh – touch the hearts of a global audience with the centuries-old Irish tradition of telling stories through song: stories of the land, stories of love, and stories of dancing that bring a piece of Ireland to audiences everywhere. Joined by a stunning band of two pipers, two drummers, traditional step-dancers, and backing vocalists, CELTIC WOMAN celebrates Ireland’s rich musical and cultural heritage and combines the finest musical talent with epic stage productions to present a unique, inspiring live experience.

The band, favorites on PBS stations, transports audiences to Ireland with the siren call of Orinoco Flow, the playful energy of Teir Abhaile Riu, the power of the uplifting anthem You Raise me Up, the soaring harmonies of Danny Boy, and a bagpiper-led Amazing Grace. This magical evening underscores why CELTIC WOMAN has been described as being “Riverdance for the voice.”