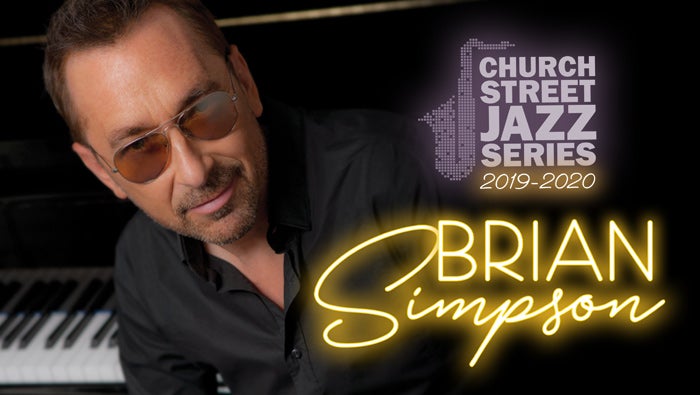 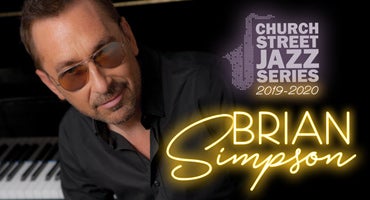 Save 15% with a season subscription!

Inspired keyboardist, composer, prolific studio musician, and producer, Brian Simpson is a master of all he purveys. His eloquent approach to playing, sophisticated harmonics sense, bluesy overtones, R&B flavor and his keen sense of how to craft a song that stands the test of time have made him the go-to man for many. Through the years, Simpson has been revered for his unparalleled ability to compose unforgettable melodies and irresistible grooves. Simpson's soulful approach to music has made him the first call for many including Janet Jackson, Teena Marie, George Duke, Stanley Clarke, and Dave Koz. A chart-topping musical chameleon who wrote the #1 R&B hit "The First Time" for Surface in the 1990s, Brian Simpson has a knack for churning out timeless anthems.

After graduating from Northern Illinois University, Simpson relocated to Los Angeles where he quickly immersed himself in the local jazz scene. Late-night jazz sessions found him playing alongside everyone from saxophonists Everette Harp and Boney James to guitarist Norman Brown. The free-spirited musician soon found himself taking a temporary leave of absence from the jazz scene, touring the world with pop divas Teena Marie, Sheena Easton, and Janet Jackson.

Placing his success in pop aside, Brian Simpson has always been a working jazz musician. He has toured with some of the greats of recent jazz history, including George Duke, Stanley Clarke, Larry Carlton, Billy Cobham, and Gerald Albright. Brian had been the musical director for jazz saxophonist Dave Koz for close to 20 years and for a decade the Musical Director of the ambitious and highly popular "The Smooth Jazz Cruise."

Blue Pyramid Productions is proud to have Brian Simpson at The Attucks Theatre in celebration of the 5th season of the Church Street Jazz Series.