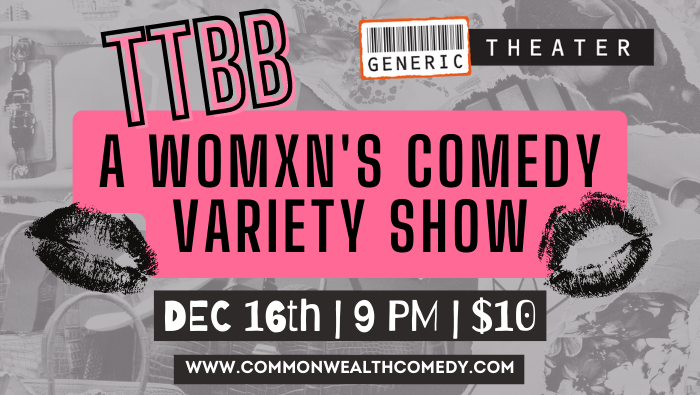 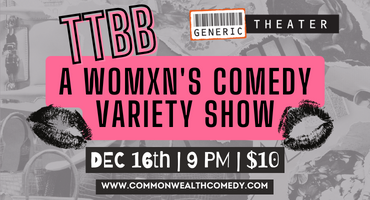 Presented by Commonwealth Comedy Network in Conjunction with Generic Theater

Titty Titty Bang Bang is a comedy variety show created by fun bitches for fun bitches. This show combines hilarious sketches, unhinged improv comedy, lively stand-up, and a little bit of chaotic audience participation to create a comedy experience like no other. Come prepared for high-energy, confident womxn and some good ol’ dirty jokes. Get your tickets now and join these womxn as they continue on their journey toward hotness and world domination! Featuring past and current members of local comedy groups including The Reaver Beavers, Lemon Pepper & Sazón, Girlprov, and Panties in a Twist, this group is ready to bring the energy, laughs, chaos, and did we mention hotness?