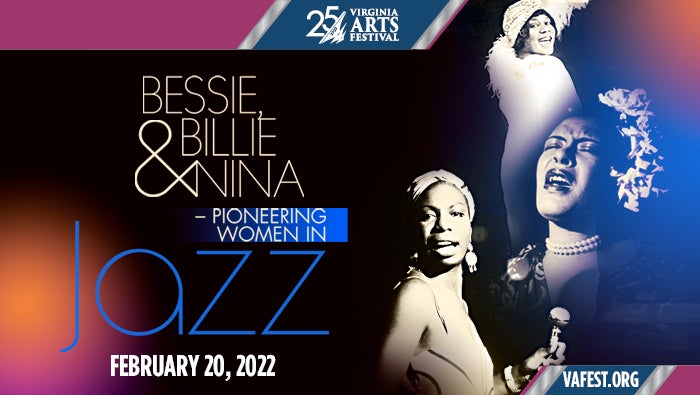 From the Jim Crow era South through the turbulent 1960s, Bessie Smith, Billie Holiday and Nina Simone were among the most influential and popular singers of their times. On stage and beyond, they used their exceptional talents to combat racial prejudice, sexism, and poverty. Bessie Smith powerfully and playfully claimed women’s autonomy and sexuality; Billie Holiday took on the racism pervasive in the American South and beyond; and Nina Simone gave voice to the Civil Rights movement with stirring protest anthems. As women, African Americans and artists, these legendary performers defied social norms and embraced self-empowerment through their art.

Now you can hear their music in a thrilling tribute concert featuring three dynamic vocalists, each a rising star in her own right: Charenée Wade, Vanisha Gould, and Tahira Clayton. Backed by an all-female band, Wade, Gould, and Clayton celebrate the enduring legacies of these iconic women and artists with performances of their classic songs, including Bessie Smith’s “Downhearted Blues,” Billie Holiday’s “Strange Fruit,” and Nina Simone’s “Mississippi Goddam.”